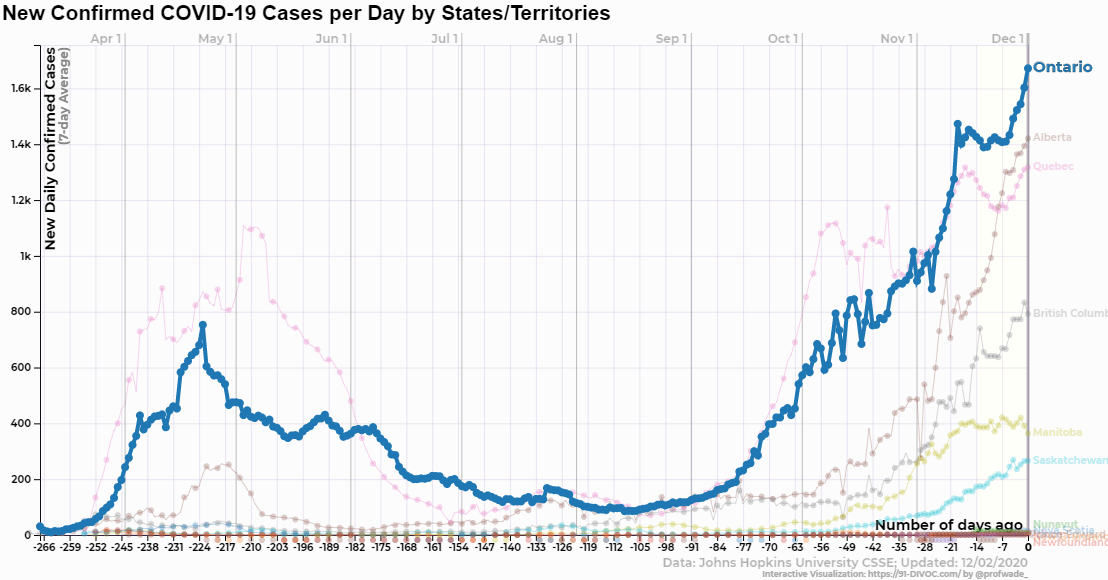 As our friends to the north see their own second wave, several have requested the Canadian provinces/territories added to the 91-DIVOC graphs. To keep the graphs largely the same, I’ve added the Canadian Territories as an “off-by-default” addition: