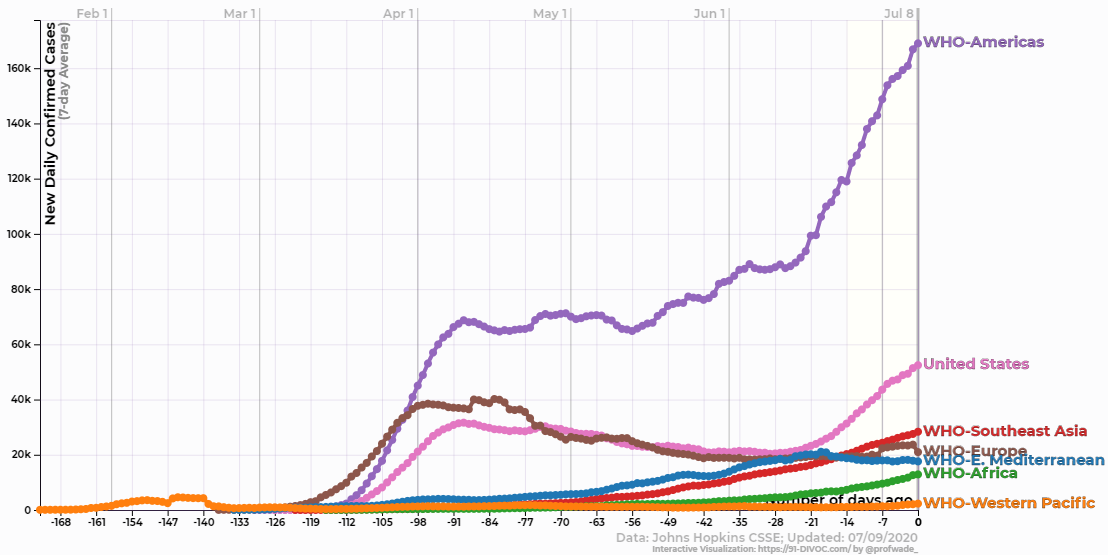 The most recent update enhances the region selections – we can explore now, for example, how the United States might compare to various WHO regions as a whole.

Additionally, the code was refactored to allow for better exploration of regions in future updates: