91-DIVOC is home to many data-forward, high-quality, interactive, and informative visualizations made during the global pandemic created by Prof. Wade Fagen-Ulmschneider. I hope you'll spend some time and nerd out on data with me! :)- wade 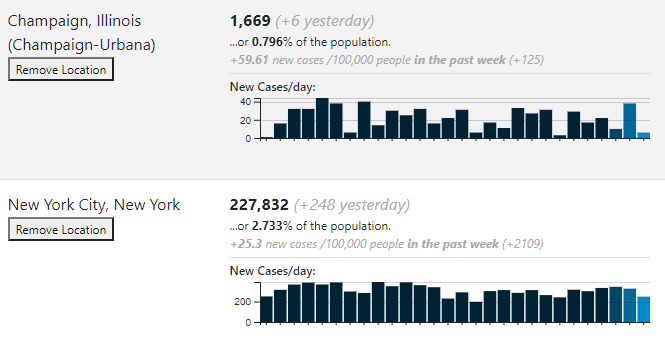 Updated the visualization: 91-DIVOC-02: "COVID-19 Data for Locations of People You Love"

In the original release of 91-DIVOC #02: “COVID-19 Data for Locations of People You Love”, the number of new cases were represented by a percentage increase over the past week. As COVID-19 has continued, this one-week metric is less and less relevant and has been replaced with population-normalized statistics to allow a better perspective on COVID-19 in various locations: 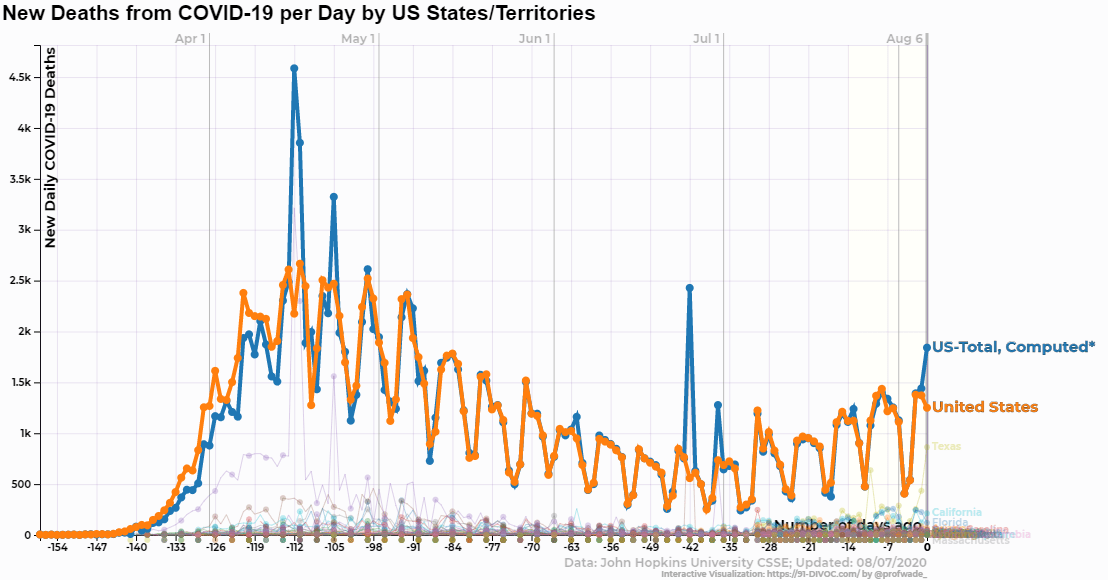 Over the past few months, one of the most common question I was asked was “how did you get started?” or “how was this created?”. Over the past week, I created a video that dives into how 91-DIVOC was created:

This is my first exploration of video, so I’d love your feedback! I believe it should give you some insight in how this visualization is created. :)

Updated the visualization: 91-DIVOC-01: "An interactive visualization of the exponential spread of COVID-19"
View All Recent 91-DIVOC Updates >>